Why can warm air “hold” more moisture than cold air?

News Sharing: Video shows the shocking moment when a DHL cargo plane split in 2 after making an emergency landing

The significance of V1 speed? 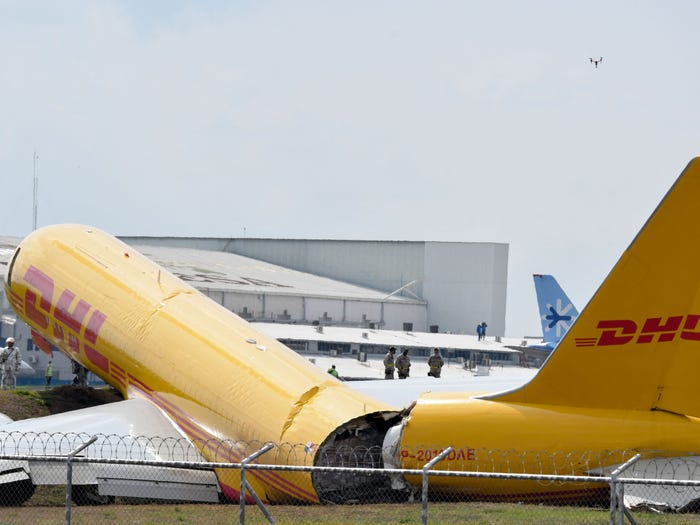 A DHL cargo plane was seen snapping into two pieces after making an emergency landing at the Juan Santa Maria international airport in Costa Rica. Ezequiel Becerra/AFP via Getty Images

A DHL plane split cleanly in two after it skidded off the runway and came to an abrupt halt at the Juan Santa Maria international airport in Costa Rica.

Video of the incident, which happened around 10 am. local time on Thursday, shows the plane skidding along the runway, taxiing and turning, then coming to a stop. As the plane stopped, its fuselage appeared to crumble, breaking the craft into separate pieces — its body, and its tail wing.

Luis Miranda Munoz, deputy director of Costa Rica’s civil aviation authority, told The Guardian that the aircraft was bound for Guatemala but encountered a failure in its hydraulic system. Its pilots requested to turn back and make an emergency landing after some 35 miles of travel, per The Guardian.

DHL confirmed in a statement to Insider that a DHL Boeing 757-200 plane with the tail number JOS2716 had indeed “sustained damage” during its landing at the Costa Rican airport.

“We are pleased to report that the crew were physically unharmed in the incident. One crew member underwent medical checks as a precaution,” wrote the DHL spokesperson. “We are coordinating with the airport authorities on moving the aircraft from the area near the runway.”

DHL also told Insider that the runway has since reopened and airport operations have resumed. The spokesperson added that an investigation is underway to find out what happened.

A representative for Boeing referred Insider to DHL’s statement on the incident.

According to The Guardian, around 8,500 passengers and 57 commercial and cargo flights were impacted by the closure of the airport, which re-opened five hours after the crash. 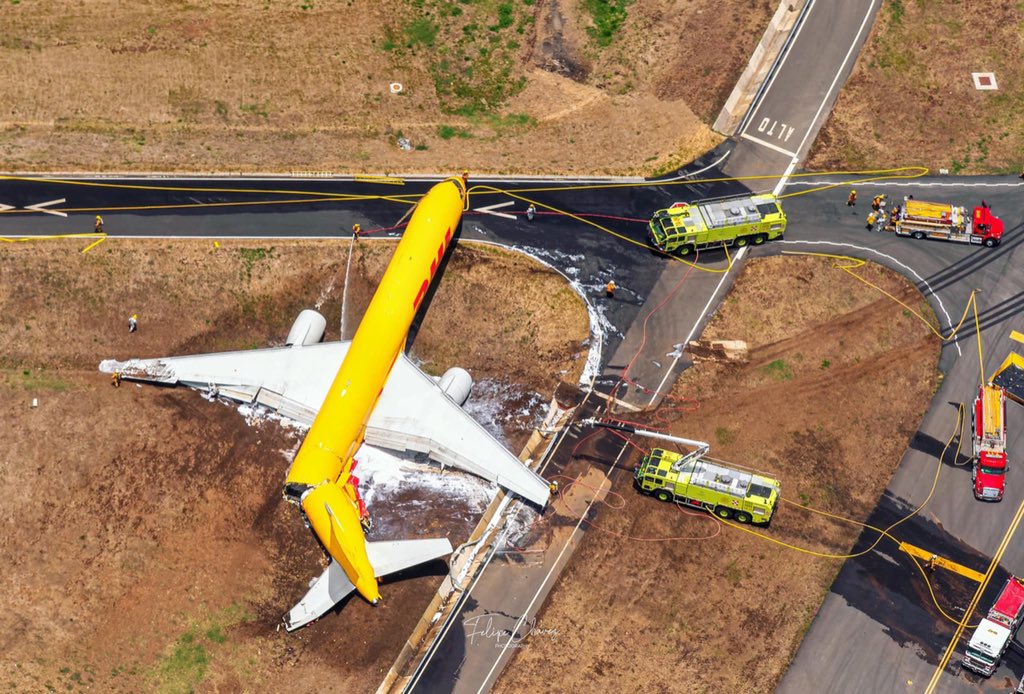